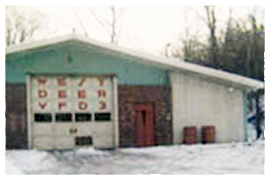 Incorporated as a non-profit corporation on March 5, 1963, the West Deer Township Volunteer Fire Company Number Three has a long history of serving the community.

Our modest beginnings started with a plot of land donated by Vernon G. Frey, upon which we hand-built our first fire station with the sweat of volunteers and donated materials. The original fire station comprised a single garage and dirt floor.

An interesting point to mention is that all of our first trucks were the color red. In 1974, the fire department purchased a yellow truck, and the members at the time had always intended to paint that truck red to match the other ones. However, due to monetary constraints, the truck was never painted red. Instead, the new yellow color was adopted, and when the time came to purchase another new fire truck, the department ordered it in yellow to match that first 1974 Ford Bean pumper. The yellow Ford Bean remained in service until 1995, and our trucks have remained yellow ever since.

Now we have a more expansive facility than our dirt-floored station of years past. We have a larger and more advanced portfolio of equipment. Our dedication and commitment to the community remains as strong as when our station was first founded over 50 years ago. 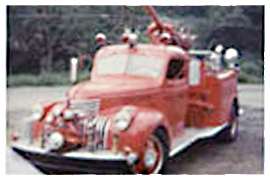 There were twenty-four original charter members of our organization.

We Can't Do It Without Your Help

Our members donate their time and talents and often risk their personal safety to protect you, your loved ones and the community – and we do it willingly and proudly. But we can’t do it without your help!

Remember that your life and rescue protection is an essential service. Please click the “Donate” button below to safely and securely make your donation through PayPal.

Be the 1st to know about
news and updates!